SONGKHLA: More than 2,200 counterfeit luxury watches were seized from shops in a popular market in downtown Hat Yai during a task force raid on Thursday.

The joint task force, led by agents from the Provincial Administration Department, raided the Santisuk market in Yai and seized a total of 2,280 branded fake watches in 10 stores.

The sellers have been charged with pirating products in their possession with intent to sell, an offense punishable by imprisonment of up to four years and / or a fine of up to 400,000 baht.

Mala Tangprasert, representative of a brand owner, said sales of pirated branded watches have been rampant for more than 10 years, causing damage to brand owners.

She thanked the agents for their work in the fight against pirated products and trademark counterfeiting.

If genuine, the seized watches would have a retail value of around 700 million baht in total, authorities said. 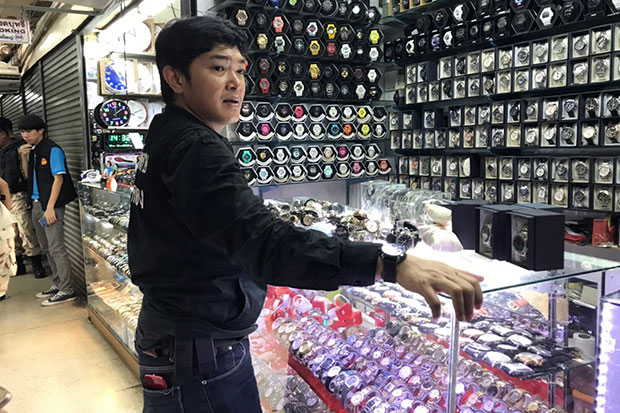 A member of a task force on Thursday examines watches for sale at a store in the Santisuk Market in Hat Yai, Songkhla. (Photo by Assawin Pakkawan) 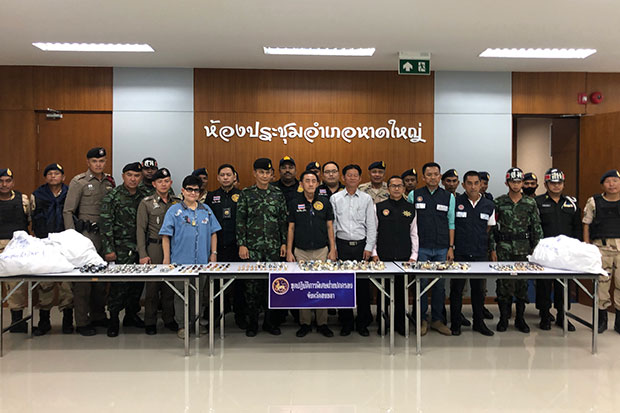 Seized fake luxury watches are on display Thursday at a press conference in Hat Yai, Songkhla. (Photo by Assawin Pakkawan)